What I’ve learned from Dr Jordan B Peterson, Professor of Psychology…

Dr Peterson is a former Harvard professor who now teaches at the University of Toronto, and he has done some rigorous and fascinating quantitative research into the behavioural and personality traits of people with different political philosophies, including ground-breaking work on Political Correctness (PC) or Social Justice Warriors (SJW).

The PC/SJW brigade are quantifiably different to the traditional left-liberal personality types. While the defining feature of left-liberals is to be open to new experiences and change, the defining feature of PC people is that they want to form mother-child bonds everywhere within society, protecting everybody from everything. The evidence from Jordan’s scientific study is consistent with my totally unscientific vibe, and I think is shown up starkly in the anti-PC rebellion by people such as Bill Maher, Dave Rubin, Sargon of Akkad, Chris Ray Gun, and Thunderf00t… who identify as “left” but who hate the PC-left, which they call the “regressive left”.

Jordan’s research also showed that PC people come in two distinct types, and there is actually very little crossover between the statistical predictors of the two groups. The so-called “PC liberals” are somewhat similar to the traditional left-liberals, and are motivated by objection to inequality… while the “PC authoritarians” are motivated by punishing and controlling their perceived enemies, and share many personality traits with people from the “authoritarian right”.

The PC-liberals share the openness of the traditional left-liberal, combined with some of the mother-protection instinct that defines the PC/SJW movement, and (importantly) they tend to have high verbal intelligence. These are the smart PC people who are often trying to do the right thing, and therefore I believe it is possible to reach out to some of these people with facts. There are some examples of smart PC-liberals escaping their regressive echo chamber when the cognitive dissonance becomes too great. We can help more PC-liberals escape their mental jail by exposing them to facts, and then leaving them to decide whether they will embrace the logical-openness or mother-protection part of themselves.

In contrast, the PC-authoritarians have a stronger mother-protection instinct, but low openness to diversity/change, a high disgust sensitivity (being offended by things different to your preference), a high preference for order and structure, and low levels of intelligence, including verbal intelligence. The low openness, high disgust sensitivity, preference for order, and low intelligence are traits that they share with the “authoritarian right”, with the distinguishing feature being that the “authoritarian PC left” have a high mother-protection instinct for society.

And here’s a crucial part of the puzzle… the authoritarian PC left cause most of the problems, social conflict, attacks, victimhood competitions, violence, and a barely hidden desire to tear down western society. If they were smart enough to understand what they are doing, they could almost be called “evil”, but they generally aren’t too bright, and so they often believe their own BS. But the authoritarian PC-left wouldn’t be able to get away with their irrational and destructive behaviour as much without the intellectual cover of the (relatively smarter) PC-liberals.

Why do the PC-liberals jump to the defence of the PC-authoritarians? Some are motivated by a desire to protect the PC-authoritarians (the mother-protection instinct) and so they justify the bad behaviour. For other PC-liberals, co-opting the irrational anger of the PC-authoritarians is strategic political move that they think (hope) will advance their political agenda. Ben Shapiro has a version of this argument, when he claims that Marxist intellectuals have co-opted identity based grievances as a way to divide society, after they realised that their class divisions weren’t working. Jordan himself is skeptical of the PC-liberal professed good intentions, and thinks some (most?) are dangerous and malevolent ideologues. I think there is a bit of both. But regardless of the motivation, the PC-liberals create a framework that allows the PC-authoritarians to continue their destructive behaviour, while pretending that they are morally justified and are the brave underdog fighting back against the evil global conspiracy of something something (details vary).

Jordan Peterson argues that the PC-liberals need to realise that empowering the resentment and bitterness of the PC-authoritarians is not just a political game, but is deeply dangerous to the stability and health of society. The PC-liberals seem to think they can control the anger and resentment of the PC-authoritarians, and so they stoke it further for political reasons, but it has the very real potential to be hugely destructive… and Jordan is at pains to point out that the threat is not merely theoretical, but has real-world consequences such as oppression, totalitarianism, murder, and even genocide. It is the moral justification of their resentment that explains why otherwise good people are able to do unthinkably horrible things to other people. The barbaric behaviour of (for example) Auschwitz guards was motivated by (a) anger and resentment against the universe; and importantly (b) a narrative where those barbaric guards were able to convince themselves they were morally good and their victims were morally bad and so deserved their fate. The PC-liberals are playing with fire, and need to reject the PC-authoritarians and make common cause with liberals… either left-liberals or classical liberals depending on their economic opinions.

As a side note, Jordan previously suggested that the western world has been well served by having a healthy political competition between left-liberals and conservatives. The left-liberals are stereotypically good at innovation and sparking progress (the “openness” personality trait) but relatively bad at the subsequent management. In contrast, conservatives are stereotypically bad at innovation but relatively good at efficiently and effectively managing projects (the “conscientious” personality trait). Having both of those groups interact with competitive tension allows society to harvest the best of both worlds. However… those people whose politics is motivated by disgust, mother-protection, need for order, and low intelligence should be rejected no matter how they dress up their regressive movement.

For people concerned about this rising threat, the best thing we can do is reach out to PC-liberals who are still somewhat open-minded, and present them with facts in the hope that they will eventually join other left-liberals (Bill Maher, Dave Rubin, Chris Ray, Sargon, etc) in supporting openness instead of authoritarianism. Time will tell. 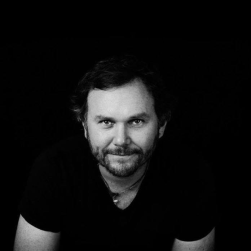 "John holds a PhD in economics from the University of Queensland. He has lectured at universities in Australia, Dubai, and Cambodia, published two books & dozens of articles/chapters, and has given presentations in Chicago, Hong Kong, Jakarta, & around the world. Outside of academia, John has worked for the Australian Treasury and done consulting jobs for ASEAN, World Bank, and various industry groups.

John Humphreys
Dr John Humphreys is an Advisory Board member of LibertyWorks. He is the Executive Director of the Professional Research Institute for Management and Economics (PRIME) and the Human Capital Project (HCP), both of which operate in Cambodia. He is also the President of the Australian Libertarian Society (ALS), Deputy Director of the Australian Taxpayers Alliance (ATA), and a Justice of the Peace in QLD. "John holds a PhD in economics from the University of Queensland. He has lectured at universities in Australia, Dubai, and Cambodia, published two books & dozens of articles/chapters, and has given presentations in Chicago, Hong Kong, Jakarta, & around the world. Outside of academia, John has worked for the Australian Treasury and done consulting jobs for ASEAN, World Bank, and various industry groups.