But our friends on the left aren’t discouraged. Indeed, the support for cranks like Bernie Sanders and Jeremy Corbyn is a sign that socialist policies still have appeal to some people.

Writing for CapX, Kristian Niemietz of London’s Institute for Economic Affairs contemplates the resurgence of socialism. He starts by citing examples of pro-socialist writings.

Opinion pieces which tell us to stop obsessing over socialism’s past failures…have almost become a genre… Nathan Robinson,

the editor of Current Affairs, wrote…that socialism has not “failed”. It has just never been done properly… Closer to home, Owen Jones wrote that Cuba’s current version of socialism was not “real” socialism… And Washington Post columnist Elizabeth Bruenig wrote an article with the self-explanatory title ‘It’s time to give socialism a try’.

Kristian provides three reasons why the we’ll-do-better-next-time theory of socialism is very impractical.

…articles in this genre share a number of common flaws. First, as much as the authors insist that previous examples of socialism were not “really” socialist, none of them can tell us what exactly they would do differently. …Secondly, the authors do not seem to realise that there is nothing remotely new about the lofty aspirations they talk about, and the buzzphrases they use. Giving “the people” democratic control over economic life has always been the aspiration, and the promise, of socialism. …Thirdly, contemporary socialists completely fail to address the deficiencies of socialism in the economic sphere. They talk a lot about how their version of socialism would be democratic, participatory, non-authoritarian, nice and cuddly. Suppose they could…magically make that work. What then? They would then be able to avoid the Gulags, the show trials and the secret police… But we would still be left with a dysfunctional economy.

Amen to the last point.

I wrote last year that Marxist socialism is disgusting and brutal compared to liberal socialism, but both versions lead to economic malaise.

Which leads to the conclusion of Kristian’s column.

Ultimately, the contemporary argument for socialism boils down to: “next time will be different, because we say so.” After more than two dozen failed attempts, that is just not good enough.

Of course, some people instinctively knew that socialism was a pre-determined recipe for failure. Here’s the great Winston Churchill speaking about statism shortly after World War II.

Spot on. You can’t control an economy without controlling people.

And here’s another voice from the past, courtesy of Reddit‘s libertarian page. 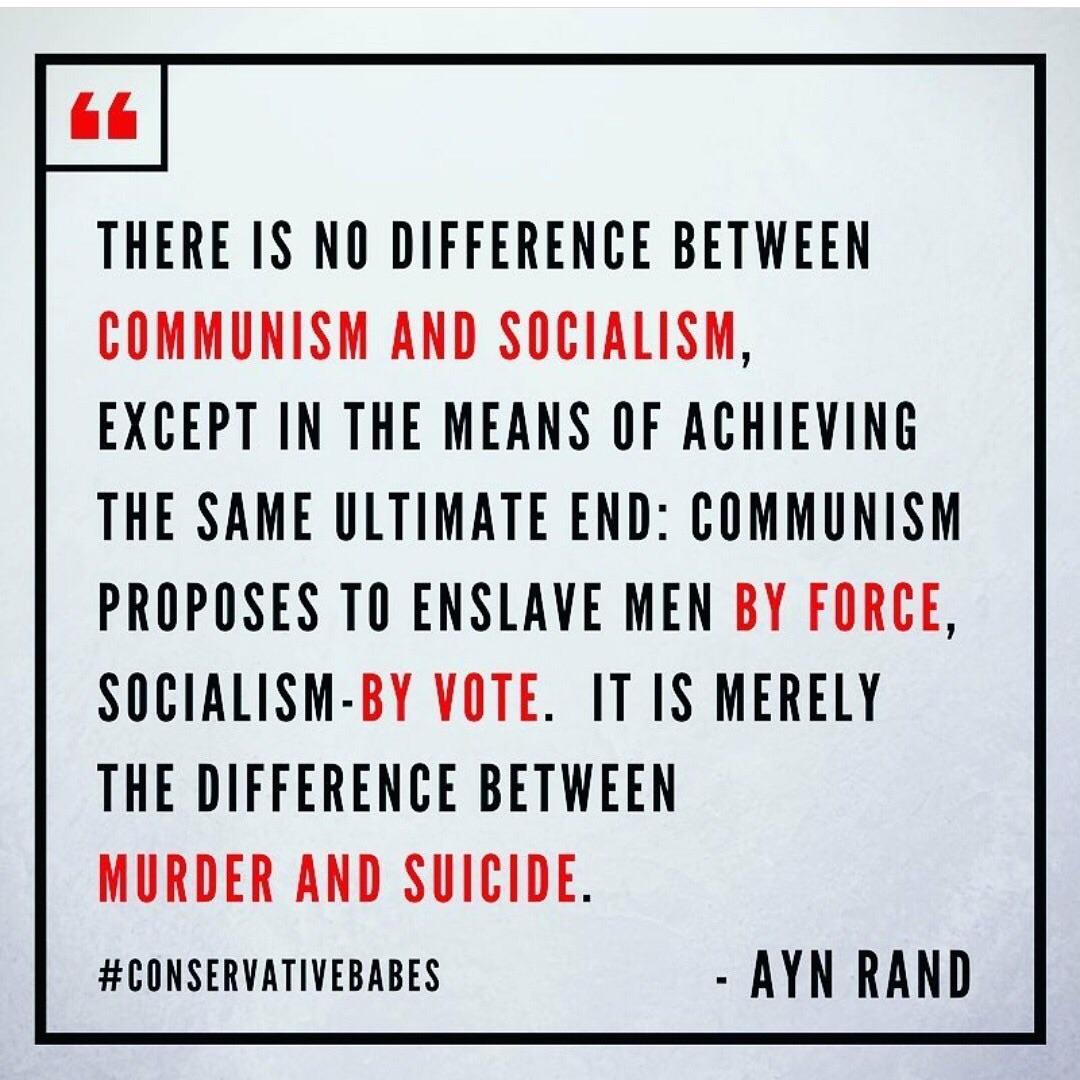 And here’s Mr. Rogers imagining a fantasy world where socialism might work. 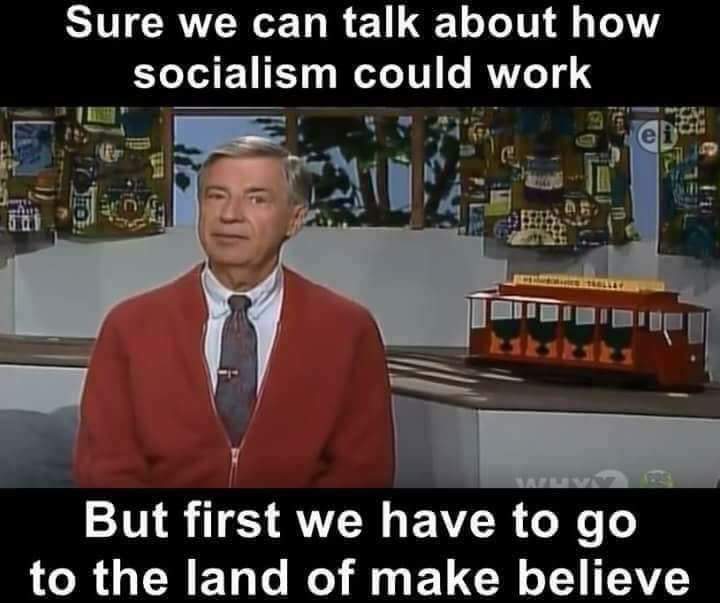 Last but not least, let’s close with this gem from Reddit‘s Libertarian Meme page. Though when you think about people starving to death in places like Venezuela and North Korea, I suppose we shouldn’t laugh too much.

P.S. Other examples of socialism humour can be enjoyed here, here, and here.

This article was originally published at International Liberty.

Daniel J. Mitchell is a top expert on fiscal policy issues such as tax reform, the economic impact of government spending, and supply-side tax policy. Mitchell is a strong advocate of a flat tax and international tax competition. Prior to joining Cato, Mitchell was a senior fellow with The Heritage Foundation, and an economist for Senator Bob Packwood and the Senate Finance Committee. He also served on the 1988 Bush/Quayle transition team and was Director of Tax and Budget Policy for Citizens for a Sound Economy. His articles can be found in such publications as the Wall Street Journal, New York Times, Investor's Business Daily, and Washington Times. He is a frequent guest on radio and television and a popular speaker on the lecture circuit. Mitchell holds bachelor's and master's degrees in economics from the University of Georgia and a Ph.D. in economics from George Mason University.

1 Comment on "Socialism: a dreary failure, malignantly evil, or both?"

An open letter to Conservatives

It’s the law that needs to change, not men

Beware South Australia, Tesla has you in its sights

Who is a reasonable person anyway?

The rising cost of living: why is it so?

The anti-diversity manifesto that wasn’t